Did you like our experiment called fireworks in a jar?  Then you might like this one. I have actually decided to do this experiment to complement our experiment on water density which was also a hit with Teddy.  We talked about the different density in water compared to an oil which is lighter and therefore stays on the top. In the firework in a jar we added food colouring to the oil and watched it slowly getting through the oil and then spiralling down in the water.

In the water density experiment we were adding salt to fresh water to see if we can make objects that normally sink to float on the surface. Well, in this one we decide to combine the two and it ended up with a lava explosion in a jar which was just so pretty to watch.

So, what will you need if you’d like to give it a go? 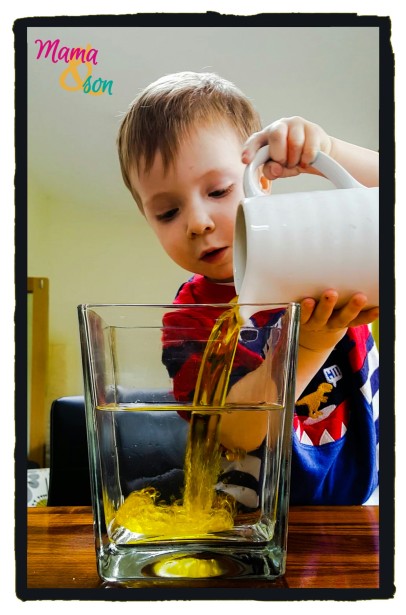 Add the oil.  It should create about an inch-high layer in your jar and watch it plummet to the bottom with the force of being poured out and quickly fighting its way back to the surface to settle on top of water which is heavier. 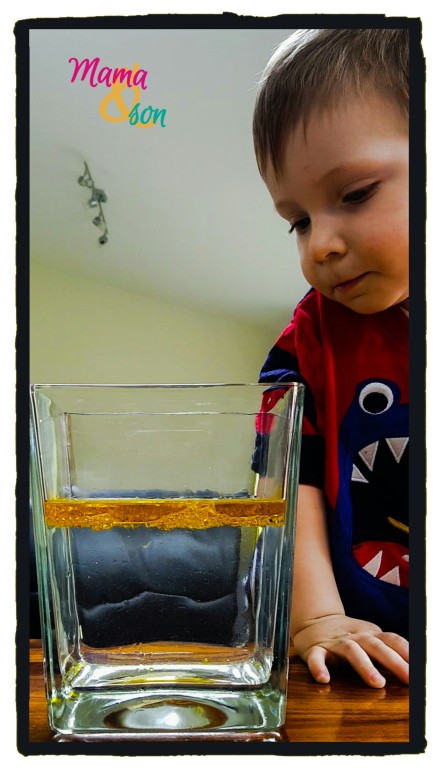 Then add a few drops of your food colouring on top of your oil. If you watched or tried firework in the jar you will know that eventually the food colouring finds its way through and dissolves in the water beneath.

Well, what happens if you sprinkle some salt on the top?  Ask your child to do that and watch the magic happen. 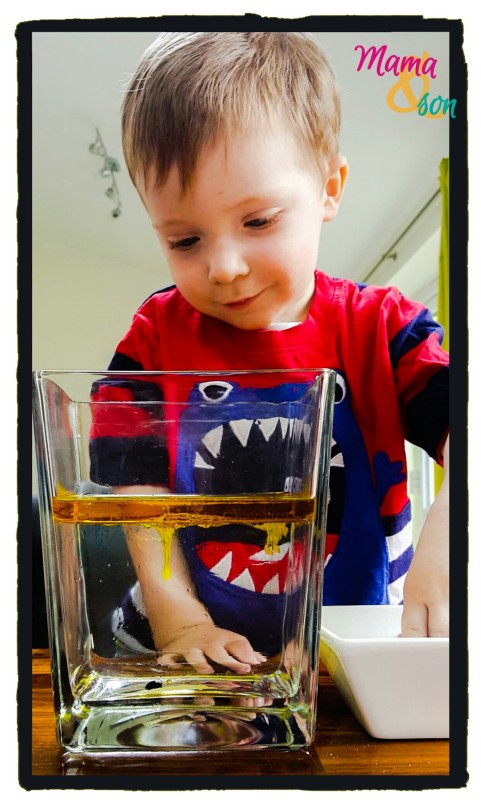 The salt which is much heavier then both liquids sinks though taking with it blobs of oil and holding them on the bottom until it dissolves a bit loosening its grip and releasing the blob of oil back to the surface. The whole process was fascinating to watch. 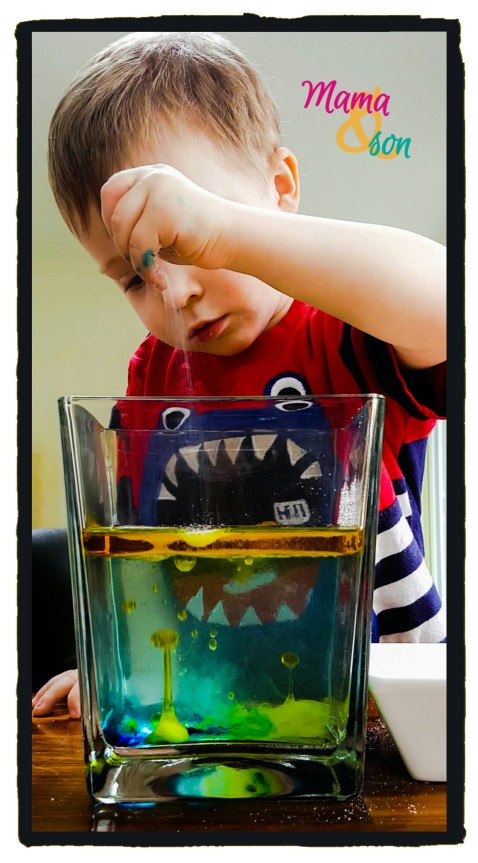 Teddy enjoyed sprinkling small amounts but also a hand full of salt at the time. The bonus was that we used blue water colouring and rapeseed oil which is yellow in colour and for that short period when the oil was mixed with the already blue water at the bottom we got an almost florescent green colour effect which was amazing! 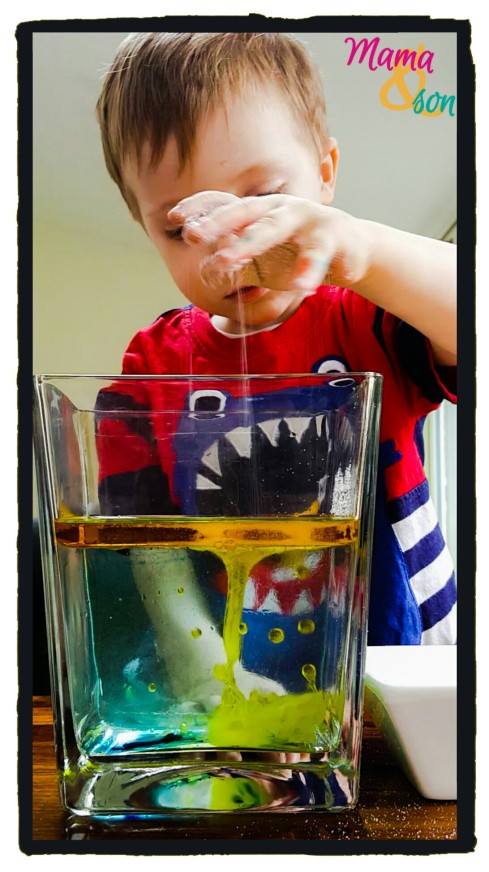 In the end, Teddy decided to find out what will happen if he adds the left-over salt he had in his little bowl. It was a truly majestic explosion.

Talk with your children about the different substances and their density while you are doing this experiment and you could see what happens if you use for example sugar instead of salt or mix different colours or you could add an object to your water which would sink at first (olive, cherry tomato, button, glass beads) and watch them to raise and float just under the oil layer once more salt is dissolved and the water becomes heavier!  The possibilities are limitless and you will have loads of fun while sparking their curiosity in science. 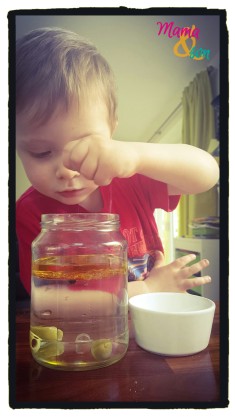 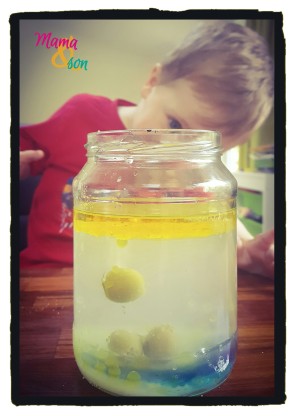 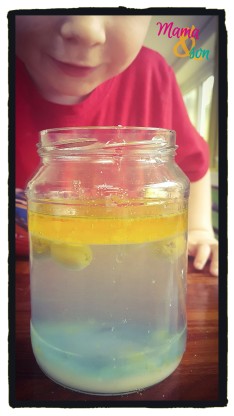 Firework in a Jar – Experiment

Thank you for reading us and we cannot wait to see some of your experiments!